It is easy to be sceptical about the effectiveness of pricey anti-aging skin creams. Especially as there are so many on the market and women still choose to freeze their faces with botox.

But, if we’re to trust scientists – which we probably should – the latest product might actually be worth its price tag.

Olay are about to launch their first ever range of professionally-inspired anti-ageing skin care, aptly called Olay Professional. 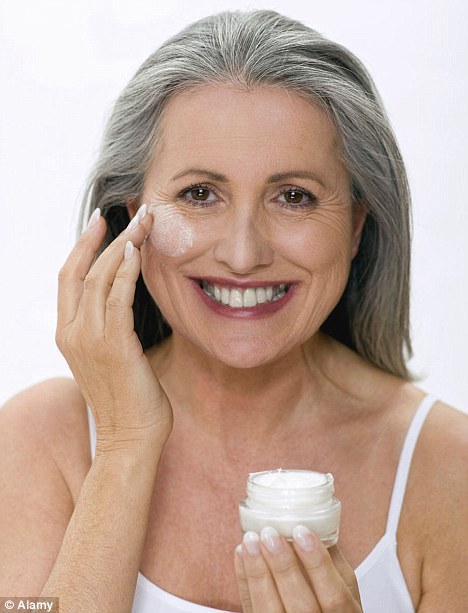 Scientifically proven: The positive result of Olay’s products have appeared in two journals, and the creams sold out in 17 minutes in the US

YOUR VERDICT OF OLAY PROFESSIONAL

When Olay Professional went on sale in the U.S., it sold out in 17 minutes.

The range, designed for 40-plus women, is inspired by anti-ageing regimes endorsed by dermatologists.

We asked Mail readers to put it to the test — and were pleasantly surprised when half returned scores of 10/10.

Kim Timmons, 43, from Manchester, found the set a little complicated to use but she says: ‘I have fine lines around my mouth.

‘After three weeks, these were less noticeable and my skin seemed less clogged and grey-looking.’

Karina Drummond, 62, from Dundee, was equally pleased: ‘A lot of people asked if I’d been on holiday and said that I didn’t look so tired.

‘It had worked wonders on the lines around my eyes.’

The lowest score, which even so was an admirable 7/10, came from Isobel Compton, 59, from Surrey, who liked having the products in one kit, but noticed little reduction in her wrinkles after three weeks.

And science buffs were so impressed with the results during testing that the range has already appeared in two renowned science journals.

The anti-wrinkle kit costs £44.99, a surprisingly modest sum in a market dominated by Creme de la Mer’s products which can sell for up to £530 a pot.

Almost 200 dermatology experts who tried out the kit were so impressed 80 per cent of them said they would continue to use them – and recommend the products to friends – after a 28 day trial.

Olay proudly guarantees visible results within 28 days – and customers seem to agree. The range sold out at the U.S. launch in just 17 minutes.

A very limited stock of the kits will go in pre-sale in the UK tomorrow on Boots’ website, before a national launch in August.

In an independent long-term clinical study, a panel of UK women aged between 40-65 tested the regime over 6 months against a leading anti-ageing prescription ingredient.

The results of the study, which was published in the British Journal of Dermatology, proved that the Olay range was as effective as the prescription ingredient, Retinoic Acid (the most powerful form of Vitamin A) at reducing the appearance of wrinkles.

Dr. Stephen Mandy, Clinical Professor of Dermatology, University of Miami, says: ‘A truly rigorous clinical study that proves a cosmetic is as effective as the benchmark products we use routinely for reducing the visible appearance of wrinkles is impressive.’

The only catch is that the products are likely to disappear even faster than your crow’s feet do. 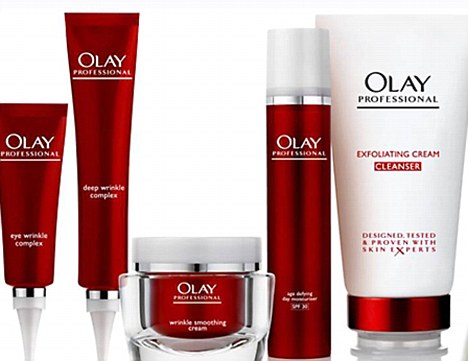 Professional products: A UK study has shown that the Olay range is as effective as anti-wrinkle prescription ingredient, Retinoic Acid (the most powerful form of Vitamin A)