Lime, mandarin and…marijuana? Richard E Grant reveals why his unusual new fragrance is not to be sniffed at 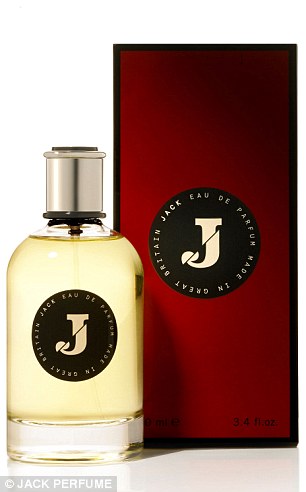 We’ve heard of perfume having high notes but Richard E Grant’s new fragrance may be taking that a little too literally.

JACK, a unisex fragrance that launched in Liberty yesterday, contains a combination of the eccentric presenter’s favourite smells including the class B drug marijuana.

The actor has had a keen interest in fragrance from a young age, so his latest venture into perfumery comes as no surprise.

‘I’ve been led by my nose all my life,’ he reveals.

‘Having aimed it at plates of food, linen, fruit, books, necks, fabric, flesh, flowers, cars and everything else in between, to finally have a perfume of my own, is the realisation of a boyhood dream’

That is no exaggeration. Growing up in sub-tropical Swaziland, Grant tried bottling gardenia and rose petals in jars of boiling sugar water and buried them in the garden in the mistaken belief that they would magically transform into perfume.

While his early experiments proved unsuccessful, he never lost is passion for perfume but it took a conversation with handbag designer and friend, Anya Hindmarch, to take the first step to making his dream a reality.

‘I was in the Caribbean two years ago and Anya saw me with my head in a gardenia bush and said, “What are you going to do about that?” And I said, “Do you mean psychiatrically?” And she said, “No, have you thought of making a perfume?”

‘I said, “It’s been my dream.” She gave me a list of numbers of people to go and see. Roja Dove, the perfumier, told me I have a very sharp sense of smell, possibly because I’ve never drunk or smoked.’ 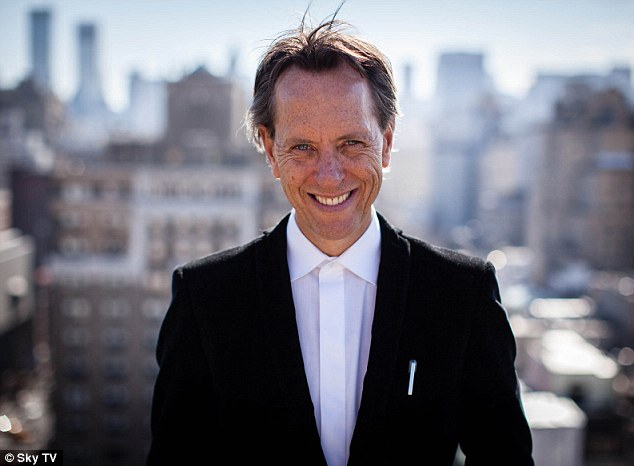 With Anya on side, Grant started work on his perfume in January 2012, and after two years of hard graft, his boyhood dream has finally been realised.

Despite his obvious pleasure in finally getting his olfactory dream off the ground, he’s under no illusions about the competitive fragrance market.

‘There are 1,100 perfumes released every year so this is like an old guy releasing a record and hoping people are going to buy it.

‘Having never done anything businessy in my life, I think this has been the steepest learning curve for a man in his late 50s as it’s possible to get.’ 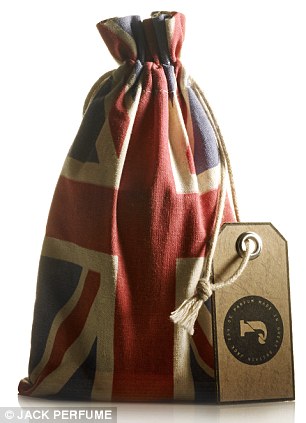 Deciding on the final edit wasn’t an easy decision so he enlisted the help of the Liberty staff and asked the store’s nose,  Alienor Massenet, to combine two of his favourite blends.

‘Our sense of smell is the shortest synaptic leap in the brain to our memory, and every one of these ingredients is like a sensory trigger.

‘I’ve aspired to create a fragrance that is as lickably more-ish as it is addictive’, he says

The bottle itself is far simpler than the cocktail of scents: a clear bottle, encased in a red box and a Union Jack draw string bag.

‘Red is my favourite colour, and having collected Union flags and bunting since the last century, it was logical to design British pillar-box red, high gloss packaging, replete with a faded vintage-style calico bunting bag inside the box, to sleeve the bottle.

‘I’ve always been frustrated when buying perfume at not being able to personalise it, to give to friends. So once JACK is unwrapped, buyers will find a luggage label attached to the Union Jack bag, ready for them to write a ‘To’ and ‘From’ message on, as a keepsake’.

Grant has overseen every last detail of the process – a process that even included designing five windows for Liberty that he hopes will evoke the quintessential British creativity of Op-artist Bridget Riley and comedy icons, Monty Python

So, after all that effort, is he happy with the finished product? ‘JACK is my signature in scent,’ he says, unambiguously. We’ll take that as a yes.